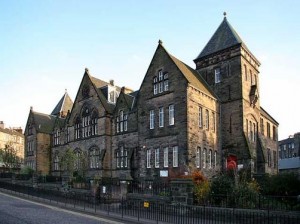 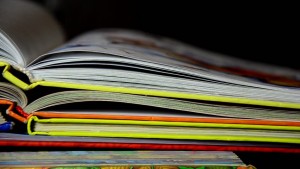 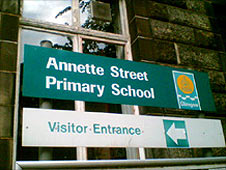 i Nov 26th w No Comments x by Marion Fairweather

We just spent an afternoon at St Albert’s Primary school in Glasgow with their bilingual story-telling group. These are parents who are being trained to read stories in English and their mother tongue (Urdu) to children. St Albert’s has a huge ethnic minority population with most children coming from Pakistani and Asian families where both English and Urdu are spoken in the home.

When we met the group several of the parents spoke about their children not valuing Urdu and believing that English was “better”. The school has made a real effort to celebrate the different languages in the school- there are signs in Urdu all over the school and the bilingual story telling lets children hear their native language be used in school. We were able to join a group of children hearing “the very hungry caterpillar” in English and Urdu, the children were enthralled and eager to show that they knew words in Urdu. One of the ladies said that her daughter has started to boast to everyone that she speaks Urdu.

As well as encouraging children to use their mother tongue the bilingual story telling sends an important message to the parents. It shows that the school values and respects their cultures and helping them to feel a real part of the school community. To hear from the parents themselves and to see some of the story telling go to http://gatheredtogether.bemis.org.uk/?p=854

Q & A with Ahlam Souidi, member of Parent Council at Oakhill Primary School

i Aug 21st w No Comments x by Richa

Q Why do you think parental involvement is important?

Ahlam: It is important for parents to be involved in the school, to help the performance of the school – their voices will be heard and taken on board in order to make positive changes from which our children will benefit. The involvement of the parents in the school will increase not only parents’ confidence but also their children’s.

Q How did you first get involved in your parent council? END_OF_DOCUMENT_TOKEN_TO_BE_REPLACED