i Feb 17th w No Comments x by Marion Fairweather

We are always looking for good practice, and Maria one of the members of Golfhill Primary Parent Council in Glasgow told us what they did for parents with children starting Primary school. We think it’s a lovely idea and couldn’t wait till August to share it with you! 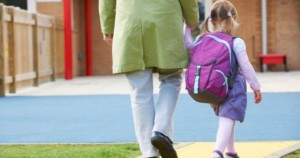 The first day at school is always difficult. We know that a lot of parents have a little tear in their eye as their child goes off for the first day at big school. Golfhill Parent Council understand this and wanted to do something to make that first day easier as well as welcoming the parents into the school family. They created “welcome packs” for each of the parents with a child starting school, all created with love and care. The packs included:

The pack also included some practical information about the Parent Council and a volunteer sign-up sheet so that parents knew they could get involved in the school. The pack caused a few tears but also showed parents that they were welcomed by both the school and the Parent Council.

Parents who are new to Scotland are unlikely to know what a Parent Council is and we believe that it is vital parents get this information as soon as their child starts school. Getting involved in the transition to school and making themselves known to all the parents on the first day of school helps Parent Councils build relations with new parents and ensures that they can be a voice for all the parents in the school.

Lessons from Equalities and Engagement training

i Feb 2nd w No Comments x by Marion Fairweather

On 1 February Gathered Together delivered our last “Equalities and Engagement” training at Hillpark Secondary, Glasgow. Hearing about the experiences of schools and parents is always one of the best parts of our work and in the recent training we’ve come across some fantastic examples of Parent Councils being creative and finding new ways to reach out to the families in their schools. We just wanted to share some of the brilliant ideas that have come out of our last few training sessions 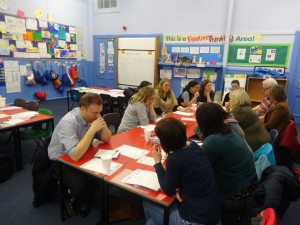 Meeting new parents Not every parent knows what a Parent Council is or does, particularly those parents who come from another culture. To address this and get their faces known right from the start, Parent Councils are getting involved in the transition time- meeting new parents when they come to visit their child’s new school. This gives parents the chance to learn what a Parent Council does and how they can get their voice heard in the school, it’s also a really useful chance for parents to ask PC members the important questions that only other parents can answer like- where is best to buy school uniform?

Focus groups Parent Councils look at a lot of different issues- including supporting the school, fundraising, communicating with parents and developing policies. It can be hard for a parent to join these meetings when there is so much being discussed. In response to this one Parent Council decided to create smaller sub groups looking at a particular issue and feeding back to the main Parent Council. These groups look at things like improving the playground, planning for events, discussing policies around homework or bullying. By having meetings that are just looking at one thing, parents who are interested can get involved and have their voice heard without having to commit to joining the Parent Council. 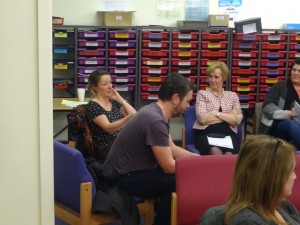 Books in other languages When families come to Scotland, it’s really important that their children are supported to keep their home language (supporting the first language can make learning another language easier and means that children can still speak to their family back home). However it can be a struggle to find books in the home language. In response to this some Parent Councils are trying to create a multi-lingual school library- asking parents to donate books in their home language and, in the case of one school, getting parents from EAL (English as an Additional Language) families to vote for their favourite books and the PC bought the most popular books.

Keeping language “parent friendly” Schools send out huge amounts of information to parents. With the new Curriculum for Excellence a lot of information about the new system and how children will be taught and assessed has been sent out to parents, but this information can be hard to read with lots of confusing words, abbreviations and acronyms. One Parent Council raised this with the head teacher and the school started working with the Parent Council to make the information they sent out easier to read and avoiding education “jargon”.

The Scottish Education Awards- Parents as Partners in Learning

The Scottish Education Awards recognise schools and centres that have developed a vibrant and progressive culture and climate of continuous innovation.

The culture and ethos should promote respect, ambition and achievement while improving outcomes for all learners in ways which eliminate inequity.

Nominations should include practical activities and projects that the establishment has undertaken, detailing the impact these strategies have had on pupils, staff, parents and the community.

In what ways has this partnership impacted on: